I have to pinch myself a bit to actually believe this just happened, but I’m mentioned in this week’s issue of Woman’s World Magazine!! It is all just so surreal. 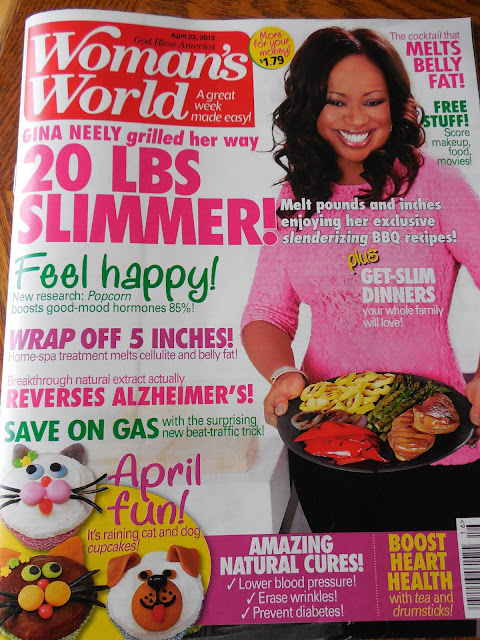 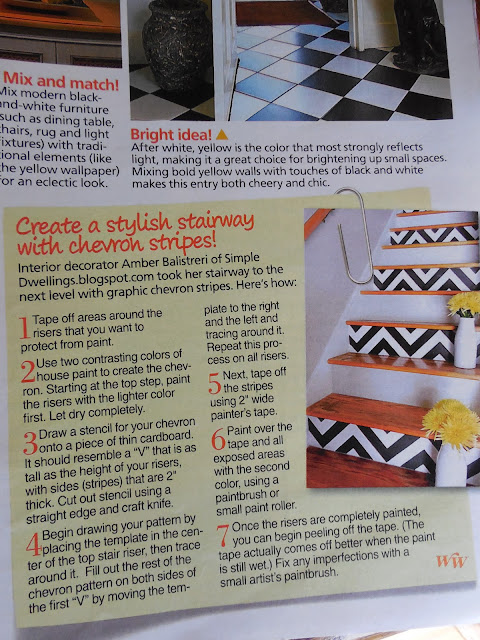 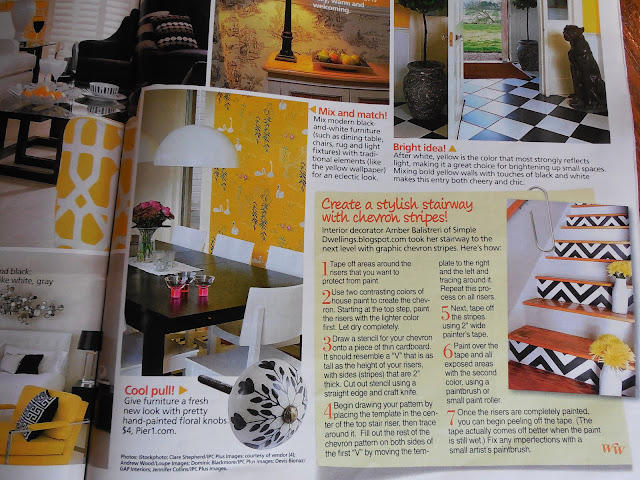 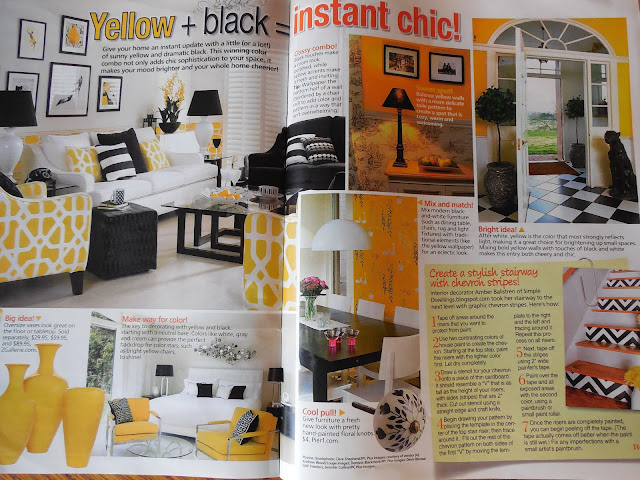 I’ll back up a bit and explain how this all came to be. It all started when we were at my mom’s house over Christmas. She had just completed these amazing chevron stairs, and I wanted to write a blog post about it. I posted about it here {on Christmas Eve} and used the pictures my brother had taken with his phone. The pictures started to move around pinterest, which is how the magazine’s home decorating editor found out about this project. Jodi Kahn, the amazing editor I worked with, reached out to me and asked if they could include my mom’s stairs in a spring issue about a black + white + yellow color scheme. The only problem was the original pictures had beautiful poinsetta plants on the stairs, which is a winter flower. They were looking for a spring look. So they asked if I wouldn’t mind taking the pictures again with some bright yellow flowers. I got right to it and found some gorgeous spider mums at a local florist. {My first ‘photo shoot’!} We tried out a few different vases/planters, and they chose to include the milk vases you see above, for the magazine. {They were a great find at Target, by the way!}

I would like to give a huge thank you to my mom for allowing us into her home  and giving the go ahead for this project to be included in a national magazine! And a huge thank you to Jodi Kahn, the home decorating editor for Woman’s World, who was so great to work with!

I will be back soon with a gallery of picture outtakes from my ‘photo shoot’!

I recently switched out the blue and white table l

A little update on our kitchen dining area… some

I finally decided on a seating area design in our

I am thrilled with our new lidded basket console b

I love our new oversized floor lantern! (thanks mo

I’m going to need to take a poll on this one! Th 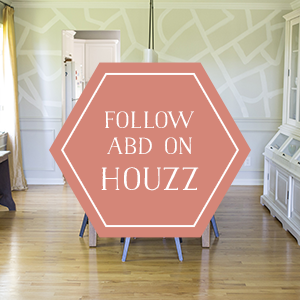 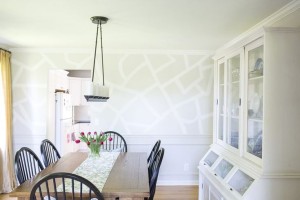 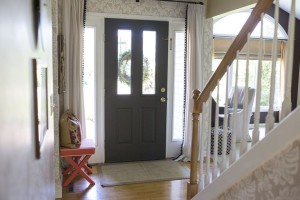 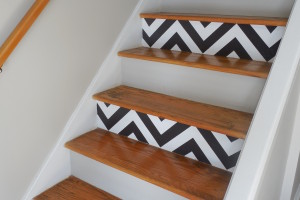